Bishkek (in Kyrgyz and Russian: Бишкéк), formerly Pishpek and Frunze, is the capital and the largest city of Kyrgyzstan. Bishkek is also the administrative centre of Chuy Province which surrounds the city, even though the city itself is not part of the province but rather a province-level unit of Kyrgyzstan.

The name is thought to derive from a Kyrgyz word for a churn used to make fermented mare’s milk (kumis), the Kyrgyz national drink. Founded in 1825 as the Kyrgyz-Khokand fortress of “Bishkek”, then, in 1862, named as the Russian fortress Pishpek (крепость Пишпек),[4] in 1926 the city was renamed Frunze (Фрунзе), after the Bolshevik military leader Mikhail Frunze. In 1991, the Kyrgyz parliament restored the city’s historical name. 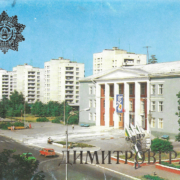 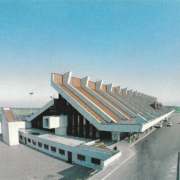