Petergof (Russian: Петерго́ф) or Peterhof (Dutch/German for “Peter’s Court”), known as Petrodvorets (Петродворец) from 1944 to 1997, is a municipal town in Petrodvortsovy District of the federal city of St. Petersburg, located on the southern shore of the Gulf of Finland. Population: 73,154.

The town hosts one of two campuses of Saint Petersburg State University and the Petrodvorets Watch Factory, one of the leading Russian watch manufactures. A series of palaces and gardens, laid out on the orders of Peter the Great, and sometimes called the “Russian Versailles”, is also situated there. The palace-ensemble along with the city center is recognized as a UNESCO World Heritage Site. 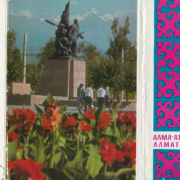