Uzbekistan , officially the Republic of Uzbekistan (Uzbek: O‘zbekiston Respublikasi, Ўзбекистон Республикаси) is the only doubly landlocked country in Central Asia and one of only two such countries worldwide. It shares borders with Kazakhstan to the west and to the north, Kyrgyzstan and Tajikistan to the east, and Afghanistan and Turkmenistan to the south. Before 1991, it was part of the Soviet Union.

Once part of the Persian Samanid and later Timurid empires, the region was conquered in the early 16th century by nomads who spoke an Eastern Turkic language. Most of Uzbekistan’s population today belong to the Uzbek ethnic group and speak the Uzbek language, one of the family of Turkic languages. Uzbekistan was incorporated into the Russian Empire in the 19th century, and in 1924 became a constituent republic of the Soviet Union, known as the Uzbek Soviet Socialist Republic (Uzbek SSR). It became independent on 31 August 1991 (officially, from the following day). 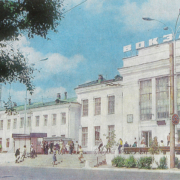